I described the acrylic painted canvases that I've been working on over the last several months in a previous blog post.

As you will see from the photos, the most amazing part of these projects it that every finished piece is completely unique.  This is based on the randomness of the painting, stamping, cutting and quilting processes.

I admit that the first piece took a lot of nerve.   I spent so much time preparing the canvases and then had to cut them into squares and rectangles.

The two large squares with circles were created with a piecing technique called stack and whack.  I inset the circle into one square, then stacked the second square and cut them at an arbitrary angle.  The 4 pieces are swapped, sewn together, then cut again and resewn, recut and sewn back together. 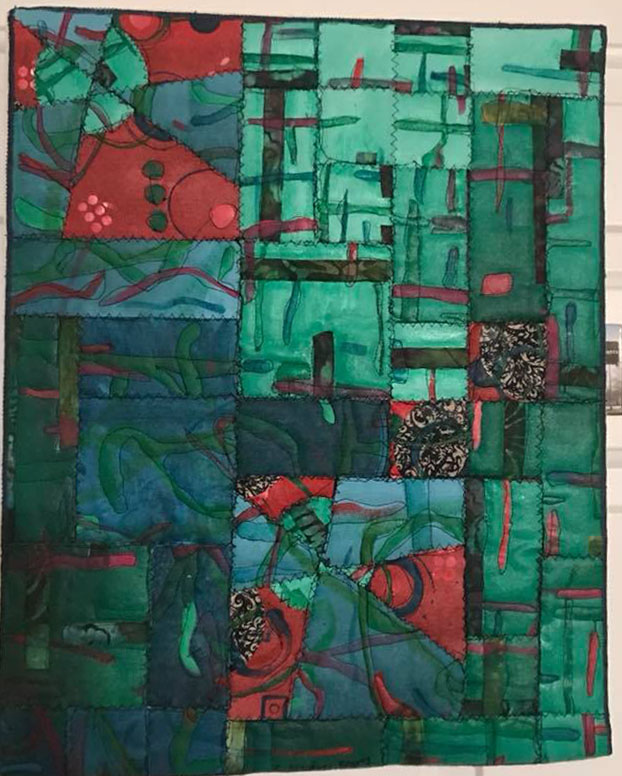 I was little more sure of myself by the time I made into into the second project.  I wanted to go bigger.  I wanted to use more canvases and more color.

I also decided to fall back toward my go to rainbow.   It measures 22" x 23.5"   My quilting is a little wobbly, but that is a skill that I'm still working on. 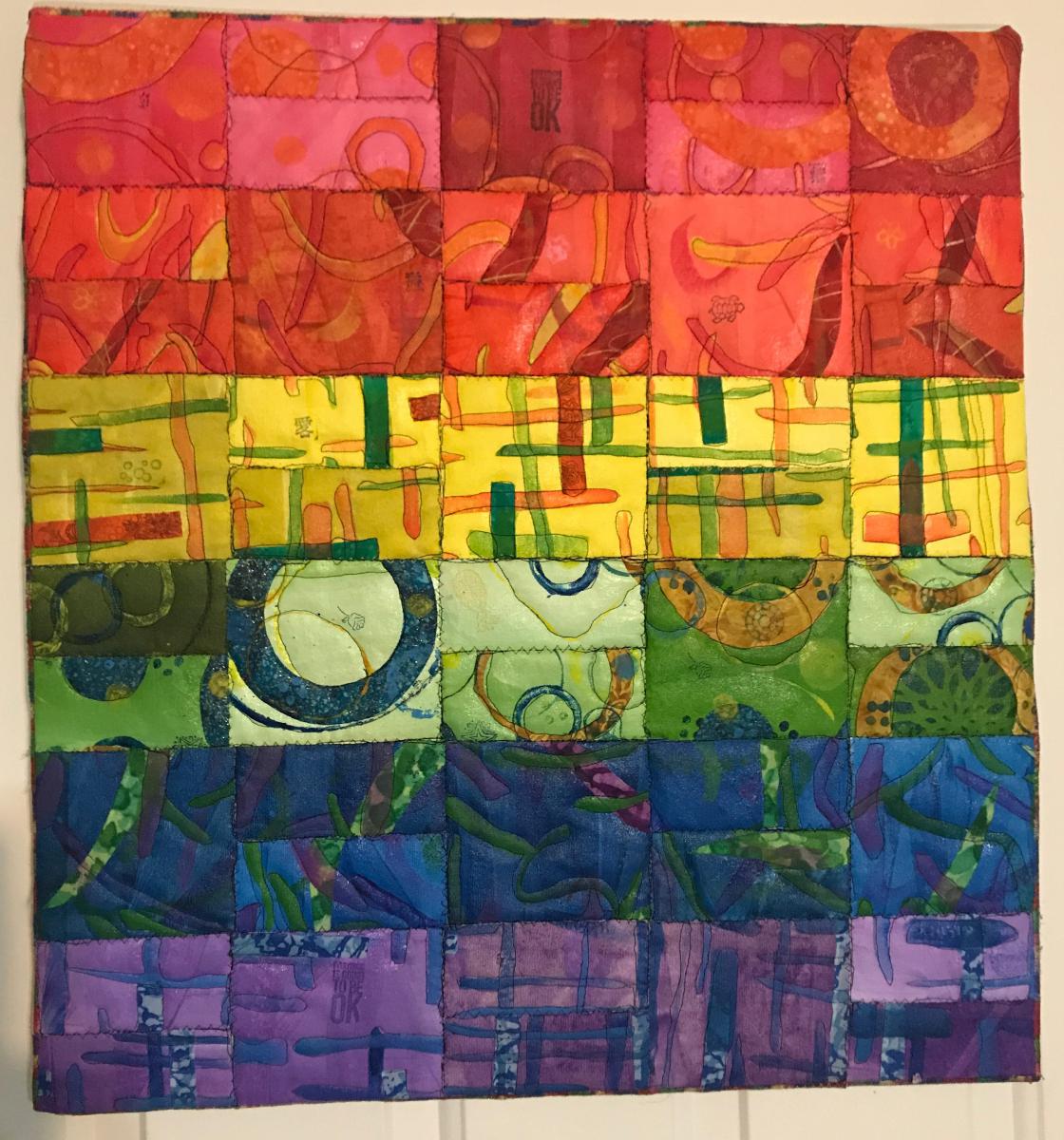 I'm also going to include photos of a number of pieces that are at various stages.

This pieces has been assembled and quilted, but not yet places on a backing or frame. 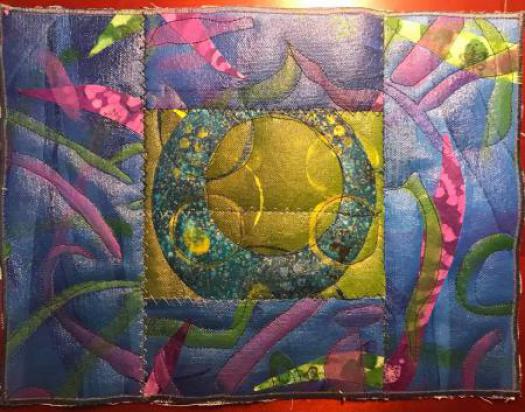 This one has been assembled, but not quilted and roughly 10" x 10" 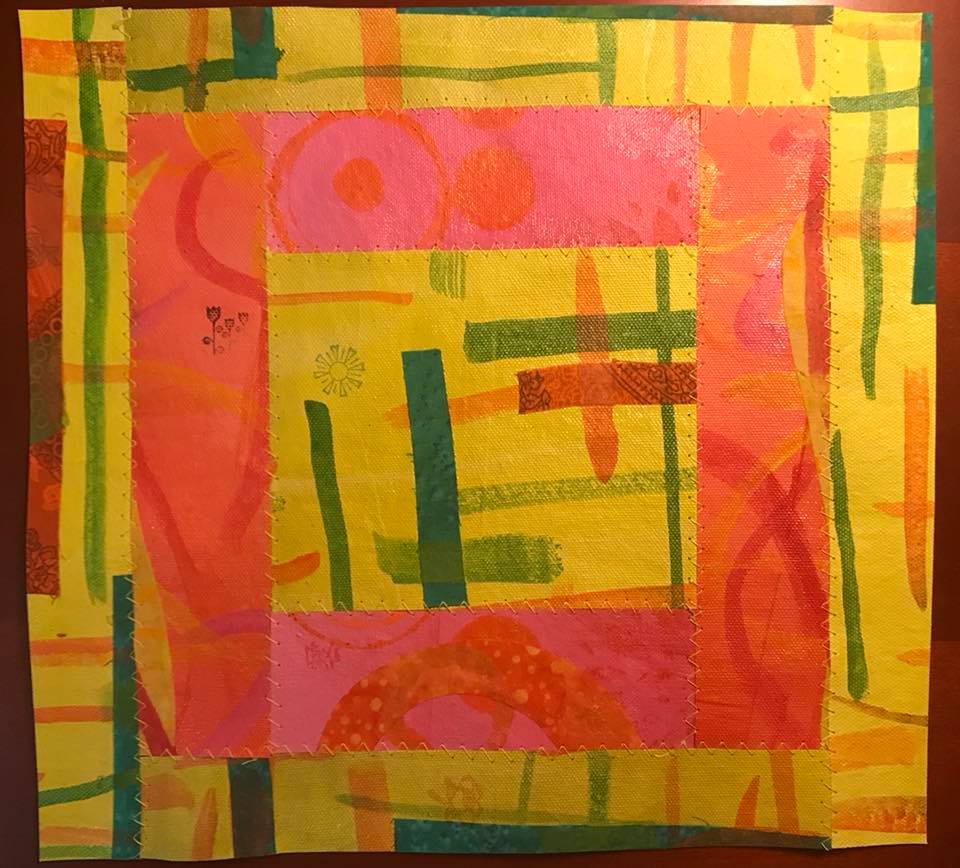 This one has been cut, but not assembled or quilted and is roughly 8" x 8". 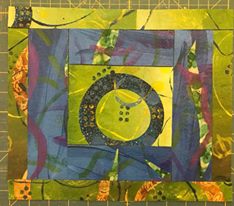 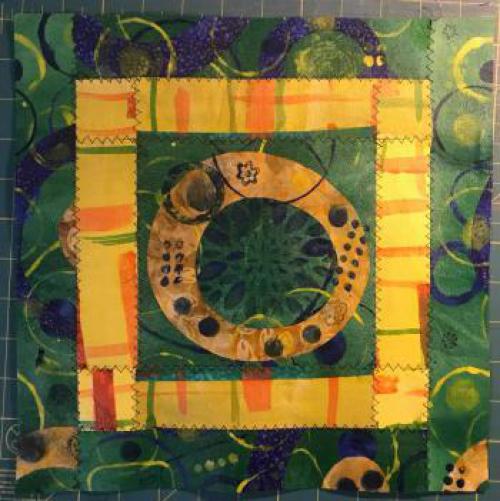 I have a number of these ready to be quilted.  I'm leaning toward calling them Pixelated Rainbows.
They've been assembled, but not quilted and are around 12" x 12" each. 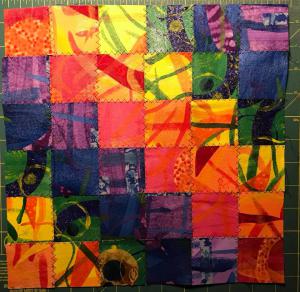